Appleseed comes to Metacon annually. For 2021 we have an event scheduled for April 17-18, please check appleseedinfo.org for details.

Here’s a report on the 2010 Appleseed event:

Metacon Gun Club hosted its second annual Appleseed rifle clinic on the weekend of July 10-11, 2010. The event was well attended by a good balance of both Metacon members and “hope to become” Metacon members, and was very well staffed.

Everyone there complimented the club and its facilities and was very appreciative of the fact that our membership graciously voted to close the outdoor range for an entire weekend so that this program could happen. This was made very clear when, despite the long days in the grueling humidity, all attendees volunteered to stayed late on both days to make sure that our range was left in impeccable condition.

The weekend clinic produced three Riflemen, all of whom are Metacon members! Our congratulations to Todd Zachs, Matt Rugens, and Bob Margolis for a job well done.

The club wishes to extend a special thanks to Dom Basile for not only being a champion for the program, but spending his entire weekend there either in the tower helping with safety or cooking hot dogs for lunch! Also lending a helping hand were members Dan Steinmetz and Jon Constrastano. 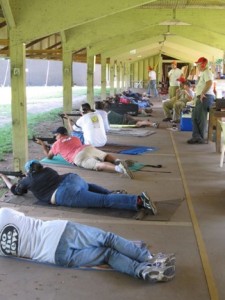 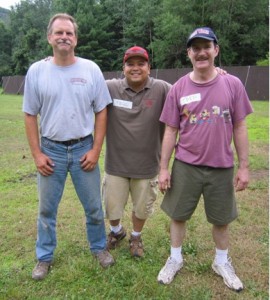 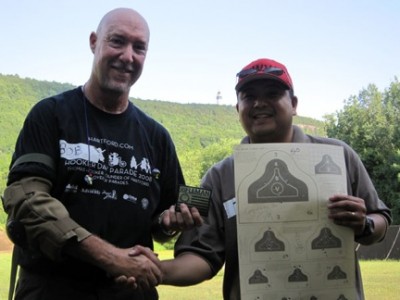